The Future of Livepeer

The Future of Livepeer 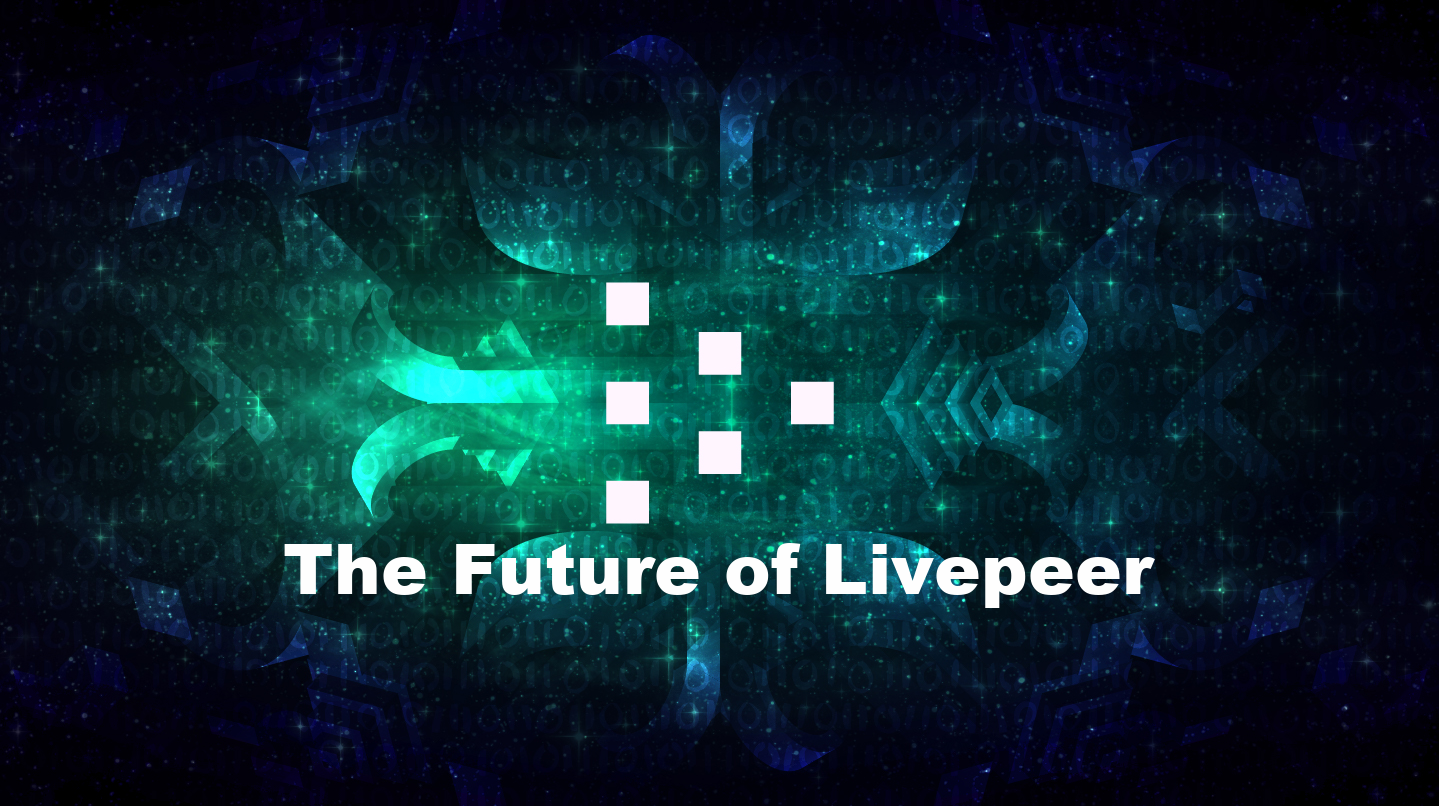 I have been asked this question a few times so I have decided to write this post about the current services of Livepeer and the future implementations Livepeer could bring to the decentralized world.

This may be helpful for new comers that want to learn about Livepeer and have an idea of where Livepeer could take us in the future. But first we need to cover some important topics of where we are right now.

First, let’s look at the difference between Ethereum Mining and Video Mining.

Livepeer has many possible services it could provide. Livepeer in its simplest form is a network of GPUs connected via high bandwidth internet and can compute imaging and graphical tasks with great speed.

This differs from Ethereum mining as ETH mining does not require much internet bandwidth and mining also does not deal with any graphic or image processing. Ethereum mining only utilizes the VRAM in GPUs to generate large amounts of numbers or “lottery tickets” to win the next block and earn its reward.

Imagine having hundreds of thousands of GPUs all over the world with imaging capabilities all connected to each other and none of them are doing any image or graphical related tasks. That is Ethereum mining.

Introduce Livepeer. Livepeer is the network that connects these GPUs in a useful way to perform the tasks that GPUs were built for, image and graphic processing. Livepeer, in my opinion, has a goal of repurposing all the Ethereum mining GPUs into something that is useful, to become the eyeball of the decentralized AI network of the future, but more on that later.

What does Livepeer currently do?

The simplest way to get started with imaging tasks is the concept of Transcoding. Transcoding is the process of taking high bit rate video such as 1080p and breaking them down into lower bit rate versions such as 720p, 480p and 360p. The reason we do this is to keep viewers connections stable if the viewer has inconsistent or slow internet speeds.

Remember the days of waiting for your video to “buffer”? Do you remember how often it happened in the early 2000s? It was dreadful, but luckily there was a solution, lower the bit rate of the video you were watching so you can continue to watch your video.

This happens all the time today whether you notice it or not. Has your movie on Netflix ever become blurry as you were watching a film? Even Netflix has multiple bit rate versions of each show to account for varying bandwidth of their viewers devices.

The most common type of Transcoding today is live streaming. Each stream has to be transcoded into multiple bit rates and delivered to each viewer around the world. Sounds like a good problem for a network of highly connected GPUs scattered around globe, right?

Welcome to Livepeer’s first use case. It is currently live and doing millions of Transcoding minutes per week from apps and services around the world.

Some of the benefits of Livepeer’s services so far have been;

1) 10x reduced price in transcoding cost to its customers,

2) highly scalable and elastic resource of Transcoders and,

The adoption of the Livepeer network seems to be growing on an exponential curve with statistics posted right on the front of the Livepeer Explorer. You can check them out here.

With a successful launch of Livepeer’s first service there is no doubt there is room for further development and use of this highly connected network of GPUs.

Now that we’ve discovered what Livepeer is currently doing and how it generates revenue from paying customers, the main questions I get is “where is the future opportunity of Livepeer”? Next we will look at what future services are being planning for the Livepeer network.

Content delivery networks or CDNs are simply a way of delivering the transcoded content directly to the end user. They are usually placed in high traffic areas around the world and are the backbone to sending the content in a quick and reliable way. They are the intermediary between the transcoder and the end viewer.

Currently Livepeer Inc, the corporation behind building the open source Livepeer protocol at Livepeer.org, offers the CDN service for free to the end user of Livepeer.com’s customers.

Transcoders often send their transcoded material to the Livepeer.com CDN to be distributed. From my understanding Livepeer Inc is currently building the open source version of the CDN service they currently offer. These CDN services can be run on simpler hardware such as CPUs and can contribute to the movement and delivery of all the data that needs to be managed in the Livepeer network. This is similar to Theta’s Edge node where streamed data is bounced or passed through each Theta Edge node until it hits the end user.

While there is still work to be done to implement this service, decentralized CDN services bring many benefits similar to the Transcoding it can do. They are hand in hand, in my opinion, and will present serious competition to the major CDN services we see today such as Amazon, Microsoft and Google.

Another area of growth for the Livepeer network will be Artificial Intelligence Image Recognition.

Again coming back to the point of Livepeer being a highly connected network of image and graphic GPU power, deep learning AI and image recognition are a huge opportunity for the project.

There are a couple of applications that come to mind when thinking of image recognition. Things such as surveillance, autonomous vehicle navigation and street/road deep learning algorithms, autonomous off road machines such as tractors for agriculture, oil/gas exploration and management, facial recognition, meta verse creation or VR applications, crisis management as per the German DFKI research, medical imaging, waste management mentioned by NVIDIA’s blog, robotics, smart city creation as per the IIAI in Abu Dhabi, voice and speech recognition, conversational AI, recommender system, human genome sequencing as per NVIDIA DGX stations,  and the list goes on and on.

There are endless applications for deep learning systems, such that we cannot even scratch the surface in this article. At the time of this writing, the first iteration of an experimental feature for scene classification on streams, using deep neural network models has been completed. It is currently in development in the Livepeer Github repository and available for any programmer in the world to contribute.

While we are still very early in developing the decentralized world computer, Livepeer aims to be the backbone video infrastructure. The way I see it, Livepeer is the sight, the seeing aspect, the eyeballs of the autonomous world computer. It converts every camera into the smartest retina the world has ever seen. While there is still a lot of work to do, there is a lot of progress being made and the power of the blockchain is backing the emergence of technology we have never seen before.

Thank you for reading,

If you enjoyed this article, support us by delegating to the Titan Node Orchestrator.

Are you interested in making passive income with your idle GPUs?

You can join our Video Mining Pool quickly and easily.

You can watch our Video Tutorial for step by step instructions.

Or click the link below and get started today.